Not dead, not forgotten, just scattered all over cyberspace

Trouserpress is more or less dormant. It’s an interesting question as to whether I am too. But you can judge for yourself with the following links:

Online portfolio of cartoons and other art: chrispagedesign.wordpress.com

Online shop for t-shirts, masks and other stuff: https://www.redbubble.com/people/psipook/shop?asc=u

A present from son J.

My family seems to see me as a one-dimensional, alcohol-obsessed stereotype.

Oh, is it cherry blossom season in Japan?

After a spot of leafleting for the union outside the HQ of my glorious daytime employer, I strolled back toward the centre of town along the bank of the Ogawa river from Temmabashi to Nakanoshima and Midosuji.
Under the trees in the photo, traders are setting up stalls for food, games and drink, and folk are spreading their tarps for a day-long picnic. Yes, it’s cherry blossom and hanami season.
The cherry trees in Osaka are probably peaking today, or pinking to the maximum, if you prefer. The forecast says that from tonight it will rain on the pretty, and in a day or two this will look like the barren wastes of Mordor.
This photo is from the end of Nakanoshima looking east toward Temmabashi, or the exact opposite of the sexy sunset photo in the last post. 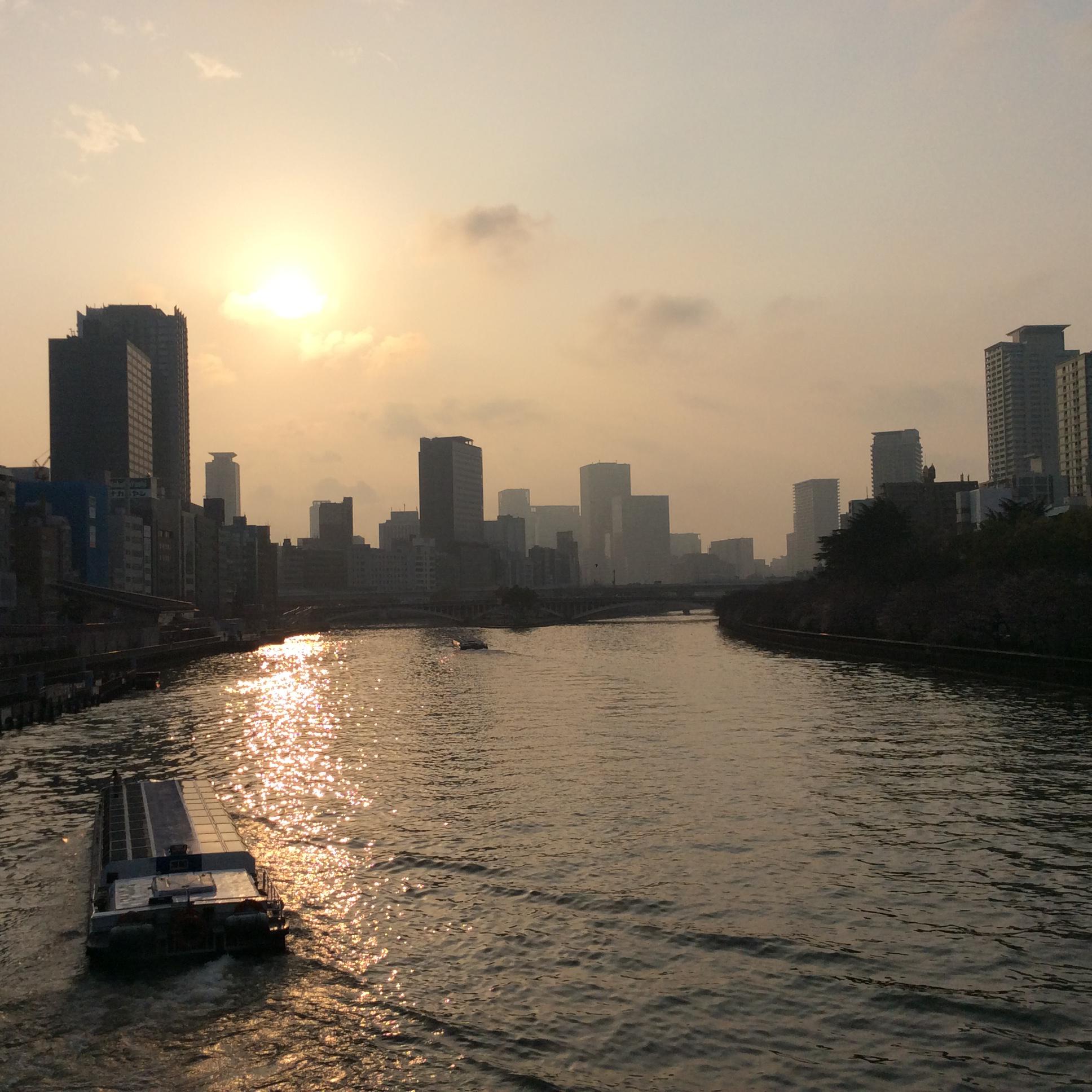 I scream, you scream

Some kind of tortured whimsy in the concrete jungle.

In 2012 I posted in this blog an excruciatingly important piece about finding emoji on your Mac. In 2013 Apple released its latest operating system OS X.9 Mavericks, and the emoji disappeared. In 2014, I made an effort to find them again. Clearly, 2014 is a busy year.
Previously they were locked away in something called characterpalette.app. Now they are just a shortcut away: click where you want to type and go
command + control + space
That’s it.
Still nothing intuitive about it, unless you are the kind of person who intuitively goes command + control + space but it works.
The emoji palette pops up right where you put your cursor. Drag it away to keep it open or it will close after you click your first character.
And yes, you no longer need to endure the arduousness of dragging your little smily, grimacing, crying faces or flying teapots to the place you want them. You just click on what you want.
But does it work in WordPress yet?
😀
✔️. 🍰, as they say.
And if you click on the odd square icon in the top right corner of your character palette, you get a choice of symbols that have some actual typographical use value, like special punctuation, currency symbols, pictographs, maths symbols, bullets and all that sort of stuff.
So that’s my good deed done for 2014. I’ll see you in 2015 when the palette disappears with the next OS upgrade.
Meanwhile, I am going to get on with writing the world’s first novel to be crafted from cute cat faces. 😸
🍻 to all.

Look, this is important, dammit.

Remember how in the mid 80s there was a band called the Palookas who played/drank regularly in The Three Crowns in Stoke Newington?

The band was fronted by Jowe Head who was in The Swell Maps and wore soviet boots and a commissar’s hat. The guitarist (Paul?) painted psychedelic stuff and Rastafarian dogs all over the walls of the pub which prompted the police to raid and put the manager in the cells over night. The police said that the painting encouraged drug taking but they got that the wrong way round.

And then the Palookas made an album and did a Europe tour and I went to New York and when I came back, the Three Crowns was no longer the Three Crowns. And then I went to Japan. I tried again and again over the past 25 years to find some Palookas recordings and never could (though I did find the Larks’ album Maggie Maggie Maggie, but that’s a different story.

Palookas: pretty much the sound track to my college days. Our band from our favourite pub. What memories as the sentimental old farts like to say, but an evening in the Crowns was not very compatible with remembering stuff.

Talking of remembering, it just came back to me that Max Splodge & Splodgenessabounds used to hang out there and perform while standing on the tables. Palookas, The Larks and Splodge: not bad for one pub.

The Crowns also figures in my unpublished story ‘Eric Loses His Head’ and pops up in ‘The Freebie‘ as The Kropotkin Arms.

Well, in a break during an editing marathon today, I suffered an impulse and rummaged a bit online and had a YAROO! moment.

I found that there’s now a sort of best of Palookas album, titled Rectify, on iTunes, with The Phantom of the Gaumont and Cufflinks and many other tunes, and the same grinding bass and the same scratchy guitar and now I want to pick up my own guitar and paint Rastafarian dogs on my own wall and I seem to have forgotten about my editing marathon. My life is near complete.

I believe it might be time to get very drunk and listen to the album very loud and bore all my friends about it.

Better get started, then.

Fancy having your brain eaten?

A week ago, the world of filmmaking was rocked to its foundations with the international release of Zombie Time on YouTube. The writer, director, producer, actor Guy Page demonstrated that he will be owning Hollywood by next Tuesday as audience screamed and vomited in the aisles.

One of Japan’s principal critics described the film as “fucking hilarious”. I can’t link to that review as it was delivered over a can of Kirin Aki Aji on the pavement outside a convenience store in Tennoji (Osaka).

Zombie Time is an art school application project so there’s no way Guy is now going to art school. The film is also an epic of father-son bonding — or, spedifically, the creation of the subtitles was. All you need for father son bonding over a zombie film is: some zombies, some film, residence in a foreign land in which the son was born and grew up speaking a language other than the father, who is exiled in the same country.

And don’t let anyone tell you that writing subtitles is a cushy job. Despite copious cups of tea, the task took half a day and left my brain a quivering jelly that even zombies turned their rotting noses up at.

The wages of procrastination are a wee bit soggy

Tagged as garden, procrastination, the wrath of pod